Blog
You are here: Home / Blog / Types of Replacement Windows / The 7 Most Popular Types of Windows in 2019 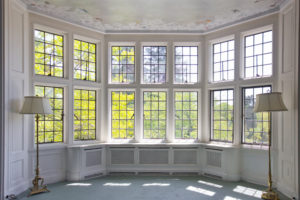 When you’re installing or replacing windows, you might have more decisions to make than you thought; think of all the types of windows!

You’ve got to be sure that you’re going to love the windows that you choose to install so that you don’t have to replace them again in a year or two.

In this post, we’re going to talk about the most popular types of windows on the market in an effort to help you make that big decision. Just because something is popular doesn’t necessarily mean that it’ll be the right window style for your home, but popularity is a good indicator of quality and price.

You’re going to have to look at and through these things for the next several years, so you’ve got to get this decision right. Let’s talk windows.

The 7 Most Popular Types of Windows

Your house style will dictate, to some degree, the kinds of windows that you can install. Most homes welcome the following window types and choosing the right ones can really make your house pop.

Single and double-hung windows are probably the most common types that you’ll see in most homes. Why? Because they’re well-engineered and they look good.

Single-hung windows are one of the simpler designs. These windows have a stationary upper panel with a moveable bottom panel. To open the window, you simply raise the bottom panel up and voila.

Choose these for a simple yet effective design that allows for airflow and gives you a conventional look.

Choosing double-hung over single-hung windows just gives you a bit more variety and the option of your fresh air coming from two different angles, but they look basically the same.

Awning windows are commonly paired with a picture window to provide some much-needed ventilation. But, that doesn’t mean that they’re not the star of the show. This is one of the more desirable window types.

Instead of shifting up or down manually, awning windows move by pivoting from the top of the window and open out. You usually use a small crank to wind the window out and back in.

If you live in an area with a lot of foot traffic out front, it’s recommended that you go with something else, at least in front of your house since the window could get in the way when it’s extended.

Casement windows operate in a similar fashion to awning windows, except they pivot from a hinge on the side of the window instead of the top. Also similarly, they’re not suited for the front of houses if you live in a busy area because they too open outwards.

Your ability to install bay windows is probably dictated by the architect that designed your house. Bay windows are used to create space and ample light in a room. They’re usually used in kitchens and living rooms to bring in a lot of natural light and ventilation if there are opening side windows.

They’re recognizable by the way that they’re configured. Usually, bay windows will have 3 or more panels arranged side-by-side to allow for a good view. They look great and have many practical uses in a home.

Picture windows are used in places where the flow of air doesn’t really matter. That’s because they don’t open. For that reason, you’ll often see them in apartments and newer high-rises.

They’re usually rather large panels of glass that occupy a lot of one wall in a room, which makes them amazing for tall buildings that might have a picturesque view. At the very least, you’ll be able to get a lot of sunlight in with a picture window.

Also, because they don’t open, they aren’t as prone to air-leakage as other types of windows that may malfunction over time. However, because of the ample sunlight, they tend to heat up a room in the summer months.

Last, but certainly not least, are sliding windows. These windows work by sliding along tracks at the top and bottom of the window. You just open the window by pushing it to the side, like a sliding patio door.

They’re one of the more popular types because the simple design makes them easy to use and they’re pretty cheap compared to some of the other models. Sliding windows are a good alternative to casement windows and hung windows because they don’t open out and offer a good deal of airflow.

Choose the Right Windows for Your Home

Now that you’ve heard which types of windows everyone else is choosing for their homes, it’s time to take a good look at your own home and make an informed decision.

Visualize each kind of window and how they would make your house look from the outside, then go inside and try to figure out where airflow and light will be most important. Then, you’ll be ready to get your new windows installed.

When you’re ready, visit Forde Windows and Remodeling to talk to an experienced professional about installing your new windows this summer.